skip to main | skip to sidebar

I already write before an article about what we dream in social networks in the future? But today I write from a different point of view.
I want to wonder
How the domain name industry benefits from the fever of social networks?
Face book has deployed its users' statistics, which reached more than 2 billion active accounts. Nearly one-third of the world's population uses the social networks, Face book alone, as well as other social networks that are close to those numbers, Regional To name a few, there are a large number of Chinese citizens using a network that only works in China , there also another regional social networks in other countries.
I have already made it clear that for many, the Internet has become a social networks and we have made a great effort to spread the culture of the Internet concept and Internet infrastructure, either through the International Telecommunication Union or through Internet governance initiatives or even through The Internet Corporation for Assigned Names and Numbers (ICANN) , and Internet society.
To the final consumer of the Internet, which has become the concept of the Internet (Google it) or (share) in the social networks and no matter how much efforts in this direction is not beyond the field of specialists in information technology and ultimately does not realize the final consumer industry concept I do not really know what these domains are and I think many of us may have had a lot of trouble explaining the nature of their work to ordinary people when we said we are ICANN fellow or we work in Domain Name Industry
On the other hand, other studies indicate that although The Internet Corporation for Assigned Names and Numbers (ICANN)  has sought to open up new markets through ngTLD, the future of the domain industry is clouded with fog. Growth in this direction is not as strong as we dreamed at the time of launching this initiative or did not meet the expectations we hoped.
On the contrary, some see that the future may be more powerful for applications and not for domains and even the ordinary user has lost interest in the idea of ​​writing the Internet addresses and has written what he needs on the search sites of course is not advertising for Google, but the term (Google it ) has become a term recognized in the language dictionaries
But the interest of companies in advertising became focused on the addresses of companies on social networks sites and not the domain address of the company or institution or body and disappeared idea of ​​scope or concept of the minds of everyone.
Even the hash tag is more understanding than the domain name for all the users
Lets ask questions like:
Is it time for a new initiative?
Does The Internet Corporation for Assigned Names and Numbers (ICANN). special domains  for social networks?
Do we have new domains dedicated only to social networking?
Is there a chance to introduce social networks within the Internet address system differently?
I think it is possible to pump more blood into domain name industry through cooperation between the social networks and The Internet Corporation for Assigned Names and Numbers (ICANN).
As I mentioned before, what I saw as the dream of future networks can be achieved
Do we have a .FB or .GP
Can my personal address on the social networks be written in YAHAKAM.FB instead of www.facebook.com/yahakam or be my name on Google Plus YAHAKAM.GP (..etc)
Some might imagine that I am dreaming and that the idea is illogical but let's think about the process of changing programming Face book and even other social networks  is not difficult, but in front of the programmers there is no impossible and who has a Blog knows very well that he has the title of his Blog on all international extensions such as my Blog
Yahakam.blogspot.com
Yahakam.blogspot.com.eg
Yahakam.blogspot.com.ru (..etc)
This will open new revenue streams to the social networks by selling private domains to businesses, brands and governments. I think the revenues of social networks will double the sale of domains
Imagine with me domains such
Wh.fb
Instead of www.facebook.com/whitehouse or imagine with me
Cocacola.FB
or
Nike.GP (..etc)
even we tied the name of the users with the domain name as I declare early YAHKAM.FB or even TRUMP.GP !!
So we will write a new line in the global domain name industry and perhaps introduce a new form of the Internet more than we dreamed of in the ngTLD
It may be a dreamy idea
might be the idea is not true or not applicable
In the end, I would like to hear your opinions whether it is negative or positive. Do you see it as logical or even deserve the time read it or even it sucks!?
Posted by yahakam at 11:03 PM 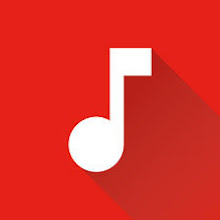 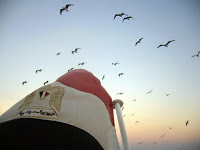